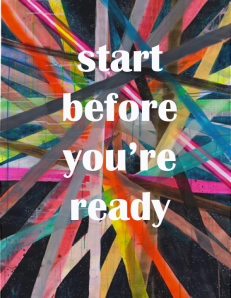 I chose this image (and I apologize to the person who designed it and posted it on Pinterest.  I would give you credit if I knew your name) because I am so NOT ready to begin this adventure.  I’ve been thinking about it since January, when the idea came to me, but was not allowed to speak publicly about my ordeal because anything I said could have been used against me in a court of law.  Nice.  Well, after the sentencing hearing, I no longer had to worry about that.  And still, I hesitated.  I kept pushing the date back until launching on the one year anniversary seemed the ideal time to take the plunge.

So I need to ask your indulgence as I muddle through.  I am new to WordPress and am definitely still learning how to use it.  I expect I’ll continue to tweak it and will eventually get it to the point that I am happy with the way it looks.  More importantly, though, is the content and the visual will, hopefully, not take away from that.  And if anyone has any tips to pass along, I am open to all suggestions.  So onto the important stuff:

We all have things happen, large and small, good and not-so-good, that impact our lives.  Sometimes the seemingly worst event can change us the most.  For months, maybe even years, I had been asking God for something else, something different to do.  I felt like I wasn’t quite doing what I was meant to be doing anymore.  For the previous 20 or so years, I have had my own business.  I am able to use my creativity and help bring beauty into the lives and homes of my clients.  It wasn’t exactly that I didn’t want to do that anymore, but more a sense that I wanted to make more of an impact in people’s lives.  I had trouble verbalizing what it was I wanted and thought that was probably contributing to not much changing.  For a long time, too, I have had the feeling that I was meant to help women in some way.  For a time, I thought it might be by teaching and I did a little of that, but teaching did not seem to be the direction I truly wanted to go.  My photography was another possibility and still may be something I pursue at some point.  Honestly, though,  nothing was ‘grabbing’ me as my new calling.  That is, until MY life changing event and rather suddenly, though not at the moment it actually occurred, I knew what I was meant to be doing and the completely new direction my life was going to take.  You always hear, ‘be careful what you wish for, because you just might get it.’  Well, I got the change I had been praying for and it came in a way that I could never have imagined.

On 24 September 2011, I was the victim of an attempted rape.  The attack itself was extremely violent and though he was unable to follow through with his intention, the last year has been the most challenging of my entire life.  My purpose for starting At Long Last Heard is to give women who have been sexually assaulted or raped a place to tell their stories and to help them heal from the experience.  It doesn’t matter if the attack was yesterday or 50 years ago.  My experience has been that so many are reluctant to talk about it.  I can’t shut up about it, and my new mission in life is to tell my story in the hopes that I will encourage others to do the same.  And, in the process, if we can change the attitudes people seem to have in this country about sexual assault, then that’ll be an added bonus.

After my attack, I thought I’d write about it and when the time came, I’d have a complete record of it.  Oh, I had the best of intentions, but the reality was I simply couldn’t write.  It was partly that I didn’t want to think about it, although, of course, it’s all I thought about.  And I now know that I physically couldn’t do it.  I know this sounds a little strange.  What do I mean by not ‘physically being able to do it.’  Well, it was my brain.  I could not concentrate for any length of time, so trying to write was impossible.  And at the beginning I didn’t write a single thing about it.  I made no mention at all in my journal until 1 October and all I wrote that day was a quote by Maya Andelou.

“I can be changed by what happens to me.  I refuse to be reduced by it.”

And then on 5 October I wrote:  My life will never be the same and that’s not a bad or negative thing.  It won’t be the same; it will definitely, is already, different.  It’s up to me to make it better.

5 thoughts on “A Life Changing Event”